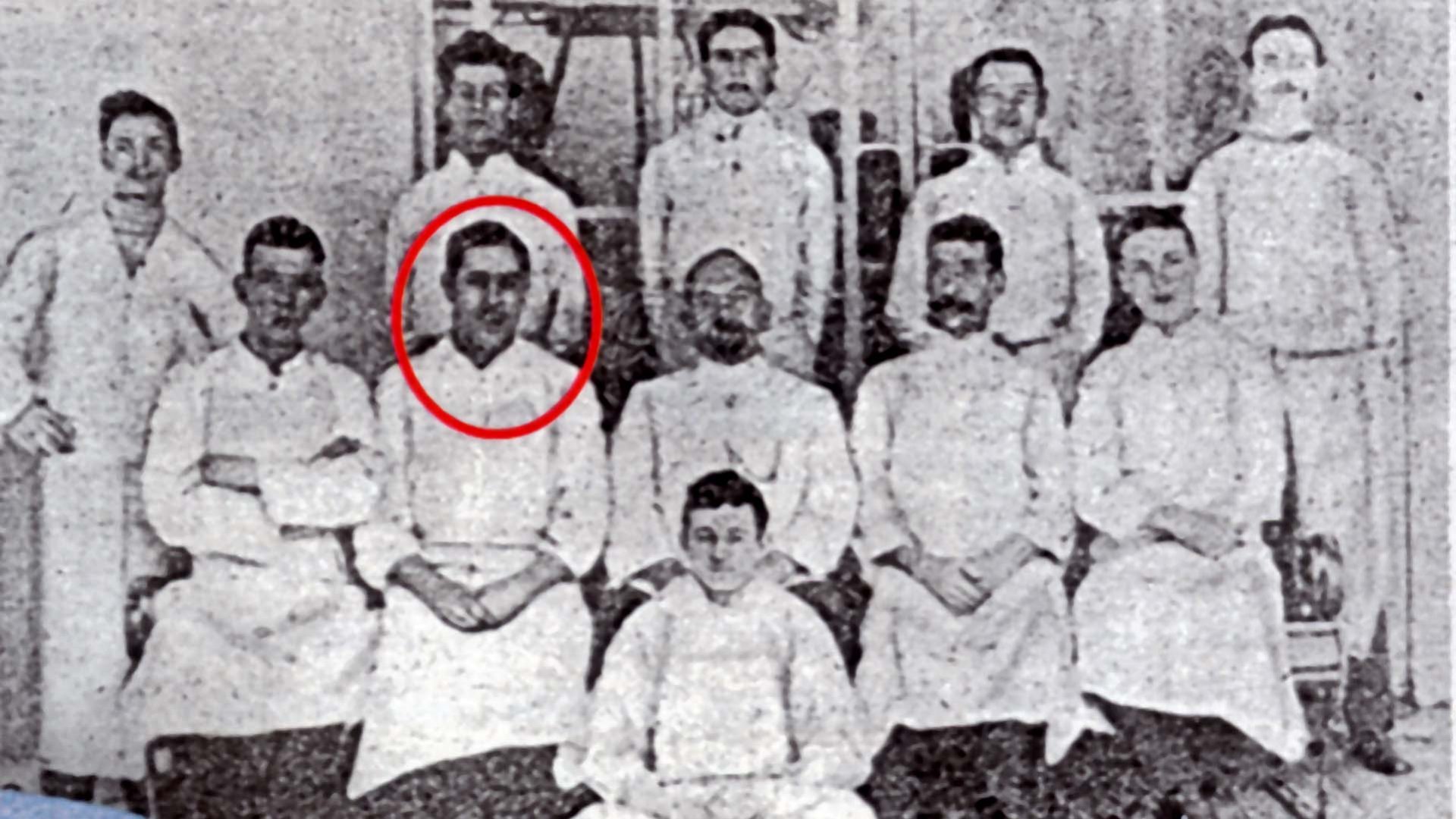 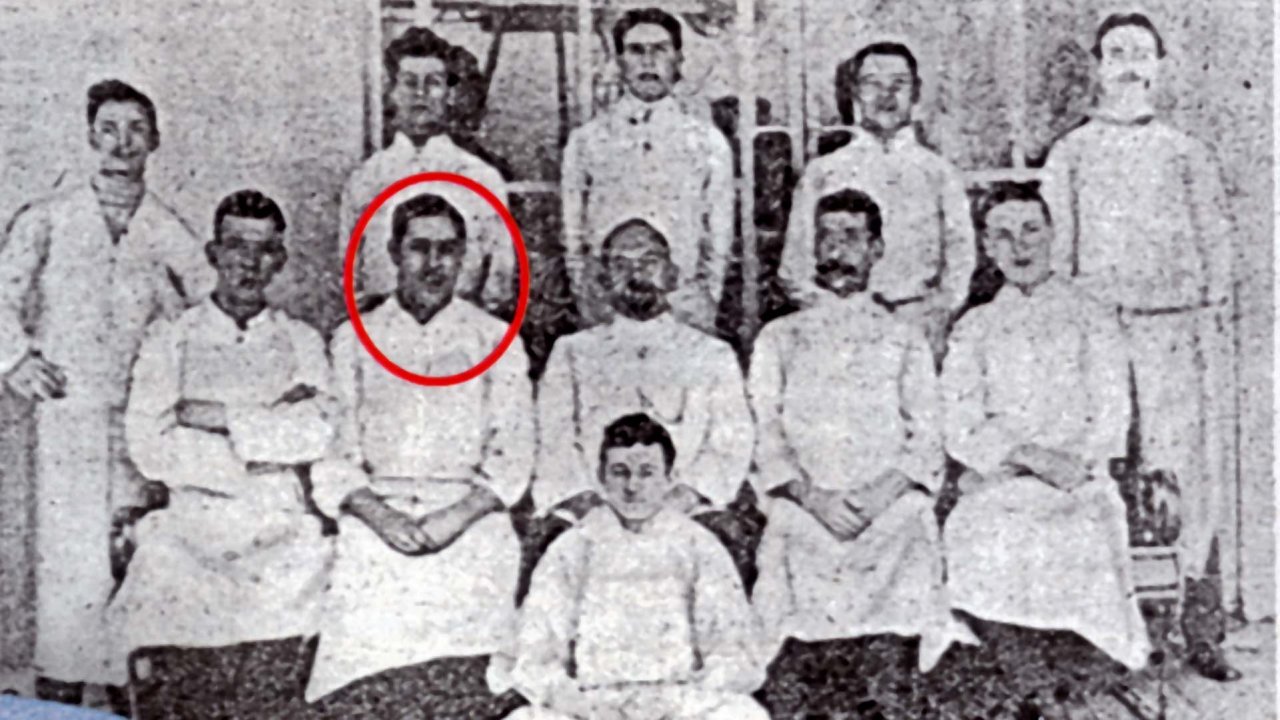 Description Contact
THE TRAGIC FATE OF ALEXIS BOCHATAY
Born on 27 November 1881 in a village in the Swiss Alps, in Granges sur Salvan (Valais), Alexis Bochatay disappeared at sea off the coast of Newfoundland when the Titanic sank on the night of 14 to 15 April 1912. Nothing predestined this farmer's son and carpenter to follow such a path. Alexis Bochatay (senior) and Louise Coquoz were married on 11 November 1880, and a year later they welcomed their first child Alexis and in 1885 their daughter Gasparine. Both attended the Granges primary school. When choosing a profession, the young Alexis was undoubtedly influenced by the tourist boom in the "climate resort" of Salvan. With nearly 20 hotels or guesthouses and about fifty chalets to rent, this commune in the Trient valley is a pioneer in the "foreigners' industry". Like Guglielmo Marconi, who carried out his radio trials here in 1895, many summer visitors come from Europe. The young Alexis was not insensitive to this development. He did not wish to continue his father's business and so he undertook training as a cook in one of the establishments in the commune, probably the Hôtel des Gorges du Triège (now the Marconi building) or the Hôtel de l'Union. At the end of his training, he worked in the Hôtel Gay-Balmaz, inaugurated in 1902 and located a stone's throw from his birthplace in Les Granges sur Salvan. Like many of his contemporaries who left "in place" in the hotels of the Côte d'Azur, he decided to leave his village in 1905 for France. After working in the South and then in Paris, he crossed the Channel to work in London. In 1908, on the recommendation of loyal English clients, he continued his career as a chef on board transatlantic liners. He then went to Liverpool, headquarters of the White Star Line Company. The White Star Line Company was recruiting kitchen staff for its fortnightly Liverpool-New York voyages. Alexis was hired as a chef de partie des viandes or grillardin. After several crossings, the shipping company offered him the chance to work in the kitchen of the largest liner ever built, the Titanic, based in Southampton (28 Oakbank Road), where he was chosen to become the first assistant to the head chef, the Englishman Charles Proctor. With a weekly transatlantic link and as number two in the kitchen, Alexis Bochatay signed a contract guaranteeing him £10 per month, the equivalent of about 5,000 Swiss francs today. As the newspaper Le Confédéré wrote in an obituary published on 1 May 1912, "An excellent cook, he was much sought after, and the Titanic had taken care to hire this Vattel for her first voyage. Even though he sailed the ocean, Alexis was no less close to his family. He regularly exchanges letters with them. Better still, he frequently sent them part of his salary, in particular for the training of his sister Gasparine. The notary François Cergneux authenticated the amounts received between 1909 and 1912. These amounts were in the region of 2,000 francs per year, i.e. about 40,000 of our current francs! The collision of the liner of all superlatives with an iceberg will be fatal for him. Like more than 1,500 other passengers, he drowned in the icy waters of the North Atlantic. The CQD (Come Quickly Distress) and SOS (Save our Souls) distress messages sent out by the Titanic via the Marconi company's equipment alerted the Carpathia and saved over 700 people. But the young cook did not benefit from the progress of the wireless, even though the first steps of this invention had been taken in his village by Marconi 17 years earlier! The disappearance of Alexis Bochatay was officially notified on 30 June 1912 by François Délez, the civil registrar of Salvan. His family was compensated by the shipping company and the Titanic Relief Fund. The £207 received at the beginning of the century was the equivalent of about 100,000 of our present-day francs. As a tribute to Alexis, his parents and sister had a tombstone erected in the Salvan cemetery, which at the time was adjacent to the parish church. This monument, made by the marble maker Delgrande of Sion, is today sealed to the eastern wall of this building, which has a
This monument, made by the marble maker Delgrande of Sion, is today embedded in the eastern wall of the building, which has a sundial on its main façade, whose motto could have been placed on the tomb of this young Salvan man: "Time flies, but merit remains". Léonard Pierre Closuit and Yves Fournier, April 2012 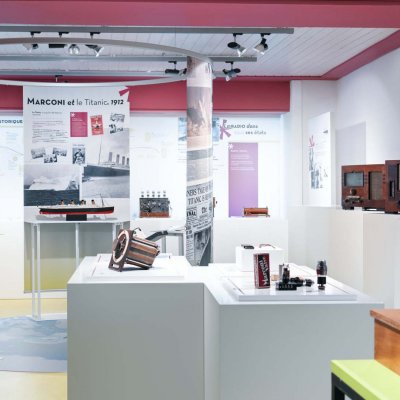 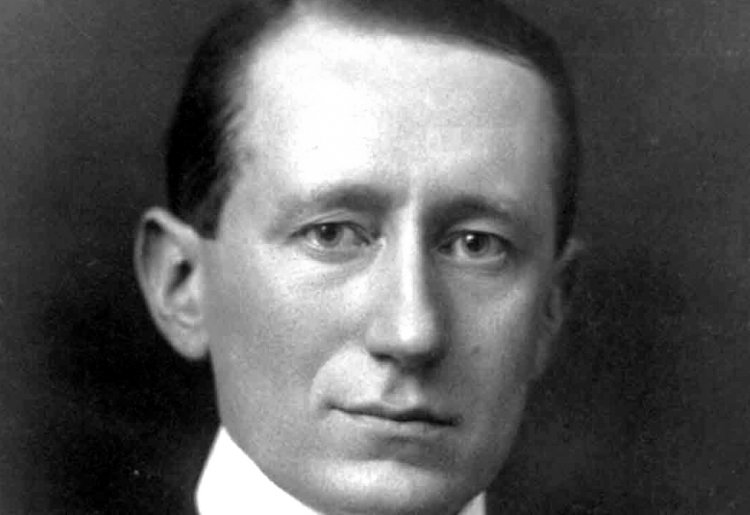 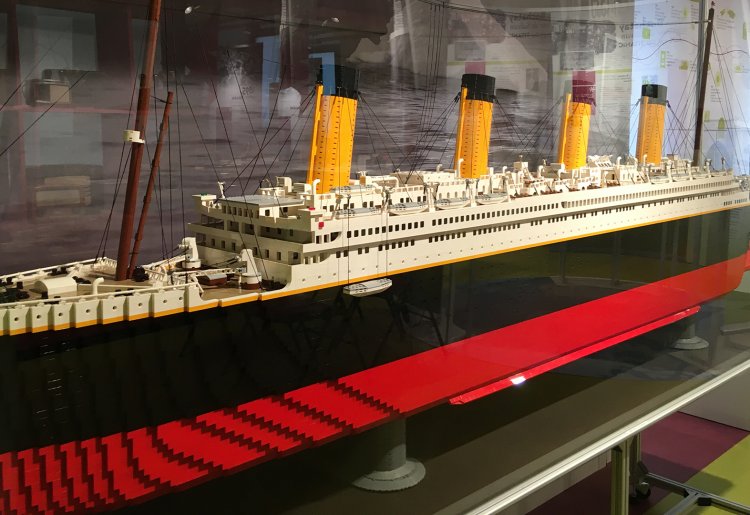